There is a serious conflict between democracy and racial/ethnic/religious tribalism that needs resolving if we are to avoid spending an enormous amount of money on maintaining what has always been euphemistically called ‘law and order’.

The latest episode of violence in Assam between ethnic Bodos and immigrant minorities won’t be the last. In fact, looking at geo-political realities around the world, wherever unwanted migration and more particularly illegal migration, takes place, the spreading of resentment and anger into violence is not uncommon. It happens all over the world.  Of course in developing countries like ours where resources are scarce, retaliation is swift and brutal. Unfortunately, identity all over the world is constructed along ethnic, religious, linguistic or even tribal lines. Rarely is the line constructed upon our common human identity. And whenever the line of divide is crossed, violence erupts. Unfortunately democracy is no insulator, in fact, democratic institutions, unless they are steeped in humanistic values, can actually be the tool through which the venom of hatred seeps out.

Democracies in transition that are divided along ethnic lines, such as neighboring Nepal and Sri Lanka, observe India’s struggle with religious extremism, discrimination, and caste-based violence. However, India’s evolving relationship with identity seems to offer promise. As democracy consolidates, an increasingly discerning citizenry will rely more on political ideology and performance. As identity’s influence waxes and wanes, a solid constitutional and electoral framework will help to ensure that identity politics contributes to the democratic process.

The notion of India and its diverse nature was more easily accepted just after Independence, largely because until then there was a common bogeyman. After the departure of the bogeyman, things began to change. Our essential pettiness asserted itself in the shape of “demands” for separate states. What separate states? What we now call India never had the kind of states it now has; there were larger or smaller kingdoms or fiefdoms of different kinds. And all of them gave in to the threat of boot and lathi. Once the threat receded, the suppressed pettiness asserted itself as cheap rhetoric in the form of slogans and rabble-rousing speeches.

We settled for smaller identities – Keralite, Maharashtrian, Gujarati, Haryanvi, and so on – which have begun to get even smaller. Telangana is now the rage in more sense than one since the emergence of Jharkhandi, Chhattisgarhi and Uttarakhandi. Yes, we are Indians but give us Telangana or we will immolate ourselves, burn buses and buildings and block roads and trains. Of course, we must not forget Gorkhaland for which the mountain regions of Darjeeling district are routinely shut down for periods ranging from 24 hours to a month or more, as decided by the organisers.

We have an enormous task before us – of coming to terms with the myriad small identities that people take shelter under, and then going beyond them to a comprehension and physical acceptance of being Indian, speaking different languages, and having unique social customs and traditions. In other words, an “Indian” is simply not what government-sponsored advertisements often depict him to be – a man with a turban and sporting a moustache. He may be that and also someone with Mongolian features or someone with straight hair, and so on.

Both liberal and conservative strands of thinking are part of what make us human. To horribly generalize for a moment, often the liberal wants to accept and help others and often has an issue admitting that peoples or cultures are different or that there really is such a thing as “in-group” or “out-group.” Liberals are at their best making appeals to universal and transcendent human values and not necessarily parochial national or ethnic ones. Some liberals can be rather suspicious of or hostile to solidarity appeals based solely on group membership, especially if the group is one you were born into or is not a “disadvantaged group”. At the extremes of course well this can fall into an inability to recognize that your own culture or way of life is valid.

But the conservative person has no problem accepting in-groups and out-groups. Often such identities track closely with how he sees the world. “Ours” and “Mine” are not automatically bad words to a conservative. The idea that this particular patch of land belongs to the people who live there and not to those “others” is self-evident to many people with this thinking. Again, taken to the extremes this falls into hierarchical thinking, an inability to recognize yourself in others, xenophobia and open gleeful racism.

There is a serious conflict between democracy and racial/ethnic/religious tribalism that needs resolving, if we are not going to spend an enormous amount of money on maintaining on what has always been euphemistically called “law and order”. 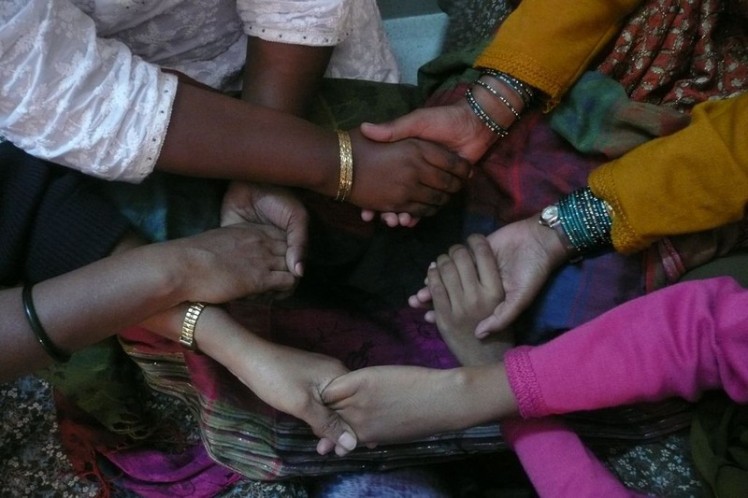