November 14th is the day that children look forward to all year! It is the day they get to either show up in ‘colour dresses’ to their schools or sit at home and watch videos on YouTube all day. But for Ravi*, this is the first time he celebrates being a child. Officials said that it was moving to see Ravi hug his amma when he was reunited with her after five years.

Ravi was trafficked when he was just six years old. For the next five years, he worked as a bonded labourer at a duck grazing unit. His father had sold him off to an owner in Krishnagiri for Rs. 2,000, pledging his son’s service against the amount received.

The ordeal began when his parents got separated. His father had taken him and his brother and left his mother. Valli, his mother, longed to see her boys but she fought the urge, just so she could avoid a violent fight with her husband. She believed the children were safe and happy and did not want to disturb the peace.

However, when she learned that her husband had sold the children and that he had passed away, she was shocked. She began a frantic search for the boys, running from pillar to post seeking help. That is how she came to know of the NGO, Foundation Sustainable Development (FSD).

On 12th November 2018, with help from FSD and Revenue Divisional Officer (RDO) Mr. L. Saravanan from Krishnagiri, Valli found Ravi. On the very same day, she was also reunited with her second son Surya*, who had been trafficked to Tirupathur and was rescued by RDO Ms. Priyanka and her team of officials. 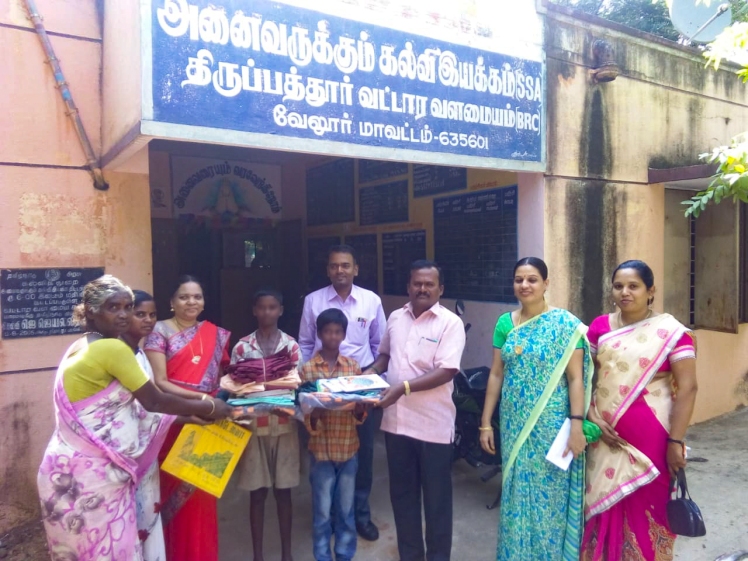 According to the United Nations Office on Drugs and Crime (UNODC), human trafficking is one of the fastest growing crimes in the world and the second largest profitable industry. In India, the National Crime Records Bureau 2016 reports that 763 children were trafficked. Only 334 cases were examined by the courts however and only 4 cases ended in conviction. 18 cases were acquitted or discharged[1].

When the Indian Constitution has robust laws in place to protect children from human trafficking, how does this crime flourish? We will begin to see a drastic decrease in such crimes only when the law is implemented promptly and effectively.

In this case, the work of the RDOs of Krishnagiri and Tirupathur and their collaboration with NGOs, FSD and International Justice Mission (IJM) is commendable. Both boys have received Release Certificates, which cancel outstanding debts and declares the boys to be free citizens of India. The Sub Collector of Vellore District also issued a certificate that would serve as identity and address proof for Surya, helping him open a savings account. As per the Central Sector Scheme, Surya is now eligible to receive Rs. 20,000 as an initial rehabilitation aid[2].

An FIR was also filed against the owner under relevant sections of the Bonded Labour System (Abolition) Act, 1976, the Child Labour Prohibition Act and Indian Penal Code.

The boys are now enrolled in a residential school. To the journalists present during the rescue, Valli said that while she was sad about her boys’ traumatic experience, she looked forward to a future together.