The world is fast changing, be it the cultural values, societal norms, the rights and the wrongs. Everything is undergoing a sea change. However the one constant- “crime” has always remained an integral part of the society. We may have broadened or narrowed down its ambit with the changing values, but the core remains the same-every act ‘harming’ the society at large is ‘crime’. Not to mention however, Over the years the moralistic understanding has changed, the penitentiary science, criminological and psychological research has enabled a closer look at the problems and has thus opened greater avenues for tackling problems more effectively. While at the same time, globalization leading  to greater interconnectivity overseas  propelled by advancement in technology has made it a task to reckon with, hunting down the criminals in the cyber arena is more like finding a needle in a haystack, though not impossible but by all me means tasking.

In last 20 years cyber-crime has come to spotlight. Individuals, corporate, governments have already felt the heat and have buckled up to face the e-menace. 2012 Norton cybercrime report presents a worrisome scenario, with 556 million of victims per year, 2 of 3 adults have been victims of online crime in their lifetime, with a total economic loss of 110 Billion and an average cost per victim of $197, the Asian region being the most affected by cybercrime.

According to the US based internet Crime Control Centre, India ranks fifth in number of cyber-crime with almost 50% rise in case every year. Elucidating statistically, in the year 2010 around 29.9 million people fell victim to cybercrime, indirect financial losses amounting to $4 billion, $3.6 billion spent in resolving crimes and about 80% adults have been victims of cyber-crime (Norton cyber-crime report, 2011). So we can clearly see the magnanimity of the situation, our law enforcement agencies need to pull up their sleeves and citizens vigilant to deal with it. With the right laws, awareness and infrastructure in place we can beat the real criminals operating in the virtual world. 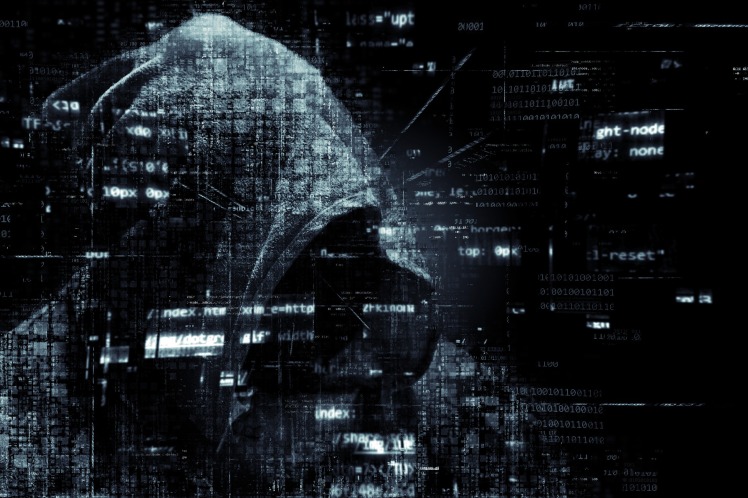 However before we delve any further into the topic we need to understand what is cyber-crime and its kinds. The commonly accepted definition of cyber security is the protection of any computer system, software program, and data against unauthorized use, disclosure, transfer, modification, or destruction, whether accidental or intentional. Cyber-attacks can come from internal networks, the Internet, or other private or public systems (Mc Connel international white paper 2003). In its various forms cyber-crime affects almost every second citizen of the world, financial crimes, sale of illegal articles, pornography, online gambling, intellectual property crime, e-mail spoofing, forgery, cyber defamation, cyber stalking, hacking of computer systems, theft of  information contained in the electronic form, e-mail bombing, data didling, salami attacks, logic bombs, Trojan attacks, internet time thefts, web jacking, theft of computer system, physically damaging the computer system are some of the examples of cyber-crimes experienced by a normal PC user.

Be it a normal individual using computer at home or some sensitive government system under high security wraps, every data is vulnerable, it’s a commonly accepted fact in the cyber arena, if you’re thinking ‘A’ the cyber-criminal has already mastered ‘B’. So this naturally brings us to the question, how well equipped are we? Is our legal infrastructure ready to face any cyber threat? There are two main statutes that govern the online criminal liabilities are The Indian Penal Code, 1860 and the Information Technology (IT) Act, 2000. Its objective was to legalize e-commerce and it further amends the Indian Penal code 1860, Indian Evidence Act 1872, the Banker’s Book Evidence Act 1891, and the Reserve Bank of India Act 1934. The aim behind this is to make these Acts compatible with the Act of 2000 so that, they may control the affairs of the cyber world in an effective manner (Aman, 2009). Despite all-encompassing legal acts, the cyber security arena appeared wanting as far as the technological know-how of the personnel was concerned.

With the changing scenario it would not be wrong to say that there are only two types of people, those who have already been victimised by cyber-crime and those who soon would be. In this light, it is important to understand the social economic and psychological problems that peoples go through after falling prey to cyber criminals. Another significant dimension is the attitude of law enforcement officers, efficiency of lawyers in dealing with the victims.

As part of a larger researcher, I spoke to several cyber-crime victims, It was realized that the psychological impact was huge, be it a case of cyber stalking or a simple internet financial fraud wherein people get duped by claims of fake lotteries. While in former there is fear of defamation and public ignominy haunts the victim, the latter the victim feels embarrassed as he or she gets ridiculed by people for being carelessly greedy and dim-witted for falling in for it. An important aspect of victim’s psyche which stood as a major roadblock in combating cyber-crime and thwarts all attempts towards enhancing cyber security, is that most of the victims have a tendency to blame themselves rather than the criminals and this mainly happens in cases which include financial frauds. This notion is further crystallized when the victim is ridiculed both at the hands of the society and the law enforcement as well. They are generally advised to be more careful in the future.

However this sort of take at any issue can lead to a learned helplessness within the system, leading to a dangerous situation wherein the cyber criminals rampage throughout the cyber world, only to face a victim guilty for not being able to prevent it. This attitude adversely affects the reporting behaviour among the cyber-crime victims which retards fight against it. However one effective way to combat this mental paralysis is by creating awareness and educating the masses.

Cyber-crime victimization pattern greatly differs from that of traditional crimes. We need to broaden the definition of a victim; he or she can no longer be defined within the confines of demographics. Children, women and the elderly cannot be tagged as more vulnerable. Susceptibility to crime does not depend on the location of the victim. A person within the safety of four walls of his/her house is equally at risk. Deriving insight from work of Hans Von Hentig on ‘victim vulnerability’ and ‘victim culpability’, even in the cyber arena, crime is precipitated by the victim in most of the cases but the vulnerability patterns greatly differ.

One major issue that emerged after communicating with various victims were jurisdictional issues. Internet has no confines, it allows the crossing over the jurisdiction in seconds and the individual may not be aware of the fact of being in an alien jurisdiction. The traditional means of determining jurisdiction in cyberspace have proved to be futile considering the fact that an e-mail sent to someone in the same building will travel around the world, passing through many jurisdictions. Similarly, a defamatory message initiated in one jurisdiction, damaging the reputation of the person staying in other jurisdiction, leads to the jurisdictional issues, that is, as to which jurisdiction and what laws to apply in the case. A further in-depth study is recommended to deal with the legal complexities involved in cyber-crime investigation

If investigations are carried on, mindful of the psyches of the victims and criminals, then be it any crime, half the battle is won!

Vidushi is a policy researcher by profession and a criminologist by training. Her key areas of research are assessment of developmental, social and behavioural impact of policy and government initiatives on individuals and society as a whole.