It was 19th December, a Thursday. My colleague and I finished a professional meeting at South Mumbai. Being the day when Mumbai was gathering at Azad Maidan to voice protest against the recently passed Citizenship Amendment Act and the National Registry of Citizens. I set off in a cab to Azad Maidan and was dropped at the end of Kennedy Bridge.

I began my walk to the venue of the protests.  On the way, I am stopped by a fairly well dressed middle-aged man who asked if I would be interested in exploring some interesting introductions. I realized this was a pimp involved in sex trafficking. It was a weird moment.

As the CAA and the NRC are rationalized by a political hegemony that seems a contradiction to the Sovereign Democratic Republic that freed India from colonial Masters but now faced with a Brutus moment. 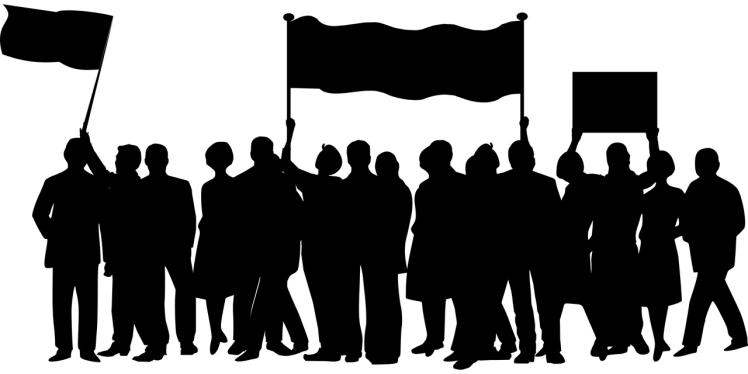 Nearing Azad Maidan, I am in the midst of a sea of humanity from all walks of life and all ages swirling in a silent but controlled response of voicing their protest. There was no singular community but the diversity of the nation was there marking the uniqueness of the college that is India. One nation, but many cultures, languages, people and diverse but yet having a common thread which was being threatened by the snip of the purveyors of power. It was a moving experience and I realized that solidarity, freedom and diversity are mutually dependent. My mind flashed back to Afghanistan where I grew up in the mid 70’s and the advent of the revolution of 1978. The similarity was uncanny.

Somehow on that pleasant December evening amidst the tide of humanity and the police, who were not in riot gear, brought a poignant sense of an India is soon to be history. I walked the street amidst the waving banners, slogans shouted, placards carried and remembered the words of my dad from long ago who said there will come a day, when India will fall apart and quoted Pandit Nehru when he divided the nation on linguistic lines who said he was opening the Pandora’s box.

As we step into 2020, the country seems to have lost its place in the world as a safe place of inclusivity that safeguard and values all people. The minorities are targeted, women are systematically abused and disposed of, children are being treated as commodities, the vulnerable and poor have almost become disposable. Much of the other India wants to maintain the status quo. Ignorance is bliss. For me, the words of Thoreau beckons of 2 roads in the wood and the need to take the one less traveled and Tennyson’s who prophesied that the old order has changed, but will the new order replace it? Where am I? What is my response? Why should I be concerned? How do I live?

These questions need answers in the light of the changes that are being prevailed upon in this country and I have miles to go before I sleep and if I don’t speak now then, there will be no one left to speak.

Vasu Vittal lives in Mumbai and is an Indian at large with no roots anywhere in particular. He loves coffee and classical music a little less than his wife and family and is on a journey of quest for the ethereal and excellent.